Emmai Alaquiva was once homeless and is now an Emmy Award winner and CEO/founder of an international award-winning multimedia company. (Photo courtesy of Emmai Alaquiva) 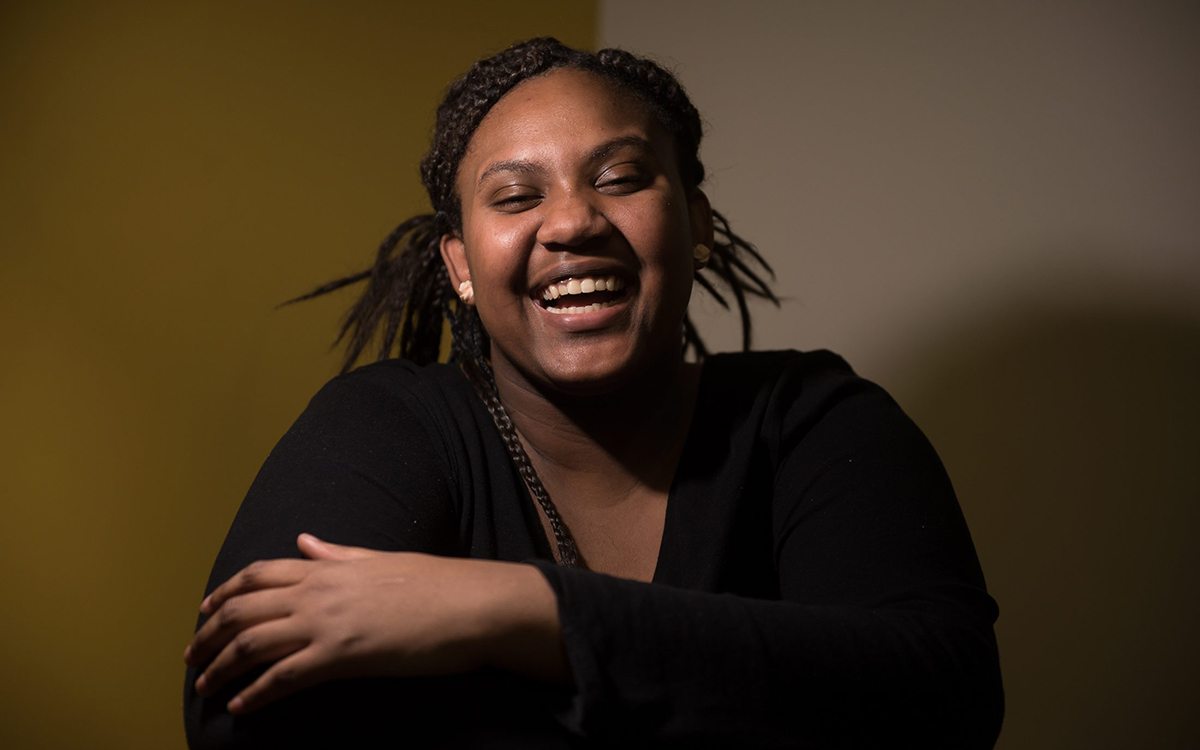 Monet Spencer in her Hill District apartment. Spencer was left homeless after her mother passed away in February 2016, leaving her and her twin brother to care for themselves. (Photo by Justin Merriman/PublicSource)

I know what it’s like to have the weight of the world on your shoulders. I’ve been there. I have felt the numbness in the legs, the aches in the back, the sweat pouring off of my brow. I’ve carried that secret burden, at a young age, that feeling that you must make it happen, the whole world is depending on you.

Monet, my story is similar to yours. I had once been homeless, and you could have easily handed me a few cents in my cup if you were walking the sidewalks of Oakland. I ate at the Jubilee kitchen, I relied on others’ kindness to help me make it through the day at times. I ended up on the streets due to being overwhelmed from the adversity of life. The result of me never dealing with the issue of almost being murdered at the age of 13, my sister dying from HIV/AIDS and a bad relationship all rendered a deep depression. My pride didn’t allow me to let others know the struggle that I was going through. I kept a membership for the YMCA down on the Boulevard of the Allies with a locker that had a change of clothes and a toothbrush, so I could wash up and look like I was put together. At that time, I was working at WAMO radio and would nap in one of the rooms in the studio. I would tell people I was working late and fell asleep by accident, when in reality I didn’t have a place to go. My pride stopped me from reaching out to friends and family and asking them for help, so I carried on with my secret.

My life changed one day, though. Sleeping behind a concrete wall across the street from the Hot Dog Shop in Oakland, a person was waiting for the bus, turned their head and spit behind the wall. They didn’t know I was there, and they weren’t maliciously spitting on me, but I had never felt like less of a human that day. That person changed my life forever. I knew in that moment that I needed to do whatever I could do to get back on my feet and that my life was meant for more than asking for coins and seeing others living their lives and pursuing their dreams.

I know what it’s like to have the weight of the world on your shoulders.

I broke my pride, I humbly went to my mother’s house and told her I had been homeless for a time, and asked if I could possibly crash on her couch until I could get back on my feet. Of course, Mom Dukes let me stay, and I worked hard to be able to get back to a space that allowed me to transcend to the greatness that I knew I could become.

Once homeless, I am now an Emmy Award winner and CEO/founder of an international award winning multimedia company. My clients include Rachael Ray, Wiz Khalifa, Jerome Bettis and Macy’s. I am a father, a husband, a son and a mentor. When I was homeless, I wanted to be those things.

I often say #ItsGodsFault because it is. He has used me as an instrument to tell the stories that matter, of the people who are changing the fabric of our world. Monet, I know you are one of those pieces of fabric. You have demonstrated resilience, and hard work will always lead you to a better tomorrow. I have faith, and I know that you will be able to achieve things beyond your greatest imagination because you know what it feels like to work for it all.

Emmai Alaquiva is a filmmaker, a father, a husband, a curator, an artist and most of all a servant leader.