Ashley Comans responds to Amariah Woodson’s story of experiencing racism in school with a reflection on two encounters she had with educators, one in elementary school and the other in college. (Photo by Njaimeh Njie/PublicSource) 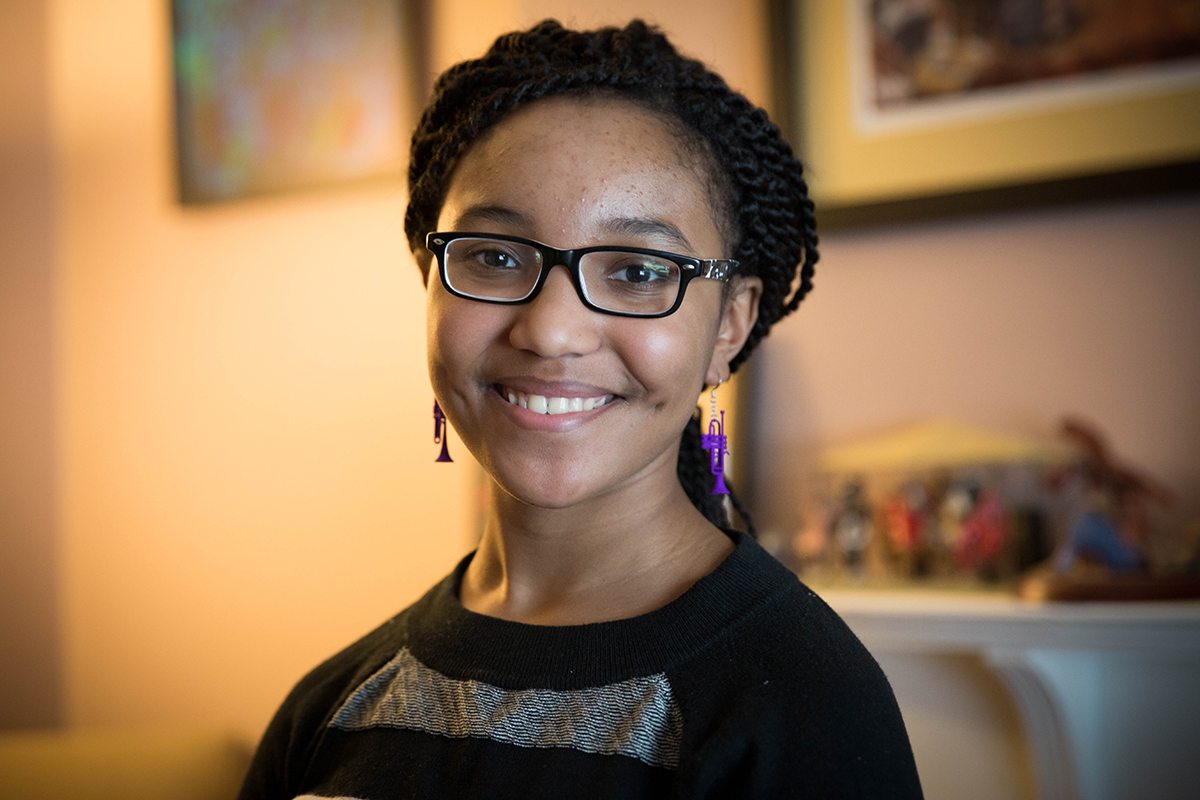 Amariah Woodson said she was singled out during a school fire drill. (Photo by Njaimeh Njie/PublicSource)

At such a young age in your life, you have taken an experience where you were singled out for being a “black girl,” and you took control to put your best interest first. That’s powerful.

I’m going to share two personal situations I’ve experienced in my life where an educator in some way pointed me out and it was racist. The earliest was in the third grade and, at the time, I didn’t realize this was a racist encounter.

It’s 1995. I was starting the third grade at a new school. My parents separated and my mother moved us from Wilkinsburg to Penn Hills. I was about 7 years old and someone treating me differently because of how I looked never crossed my mind. What I do remember was my third-grade teacher in my new school district was the worst teacher I ever had. I was never a disruptive student and I was always on the honor roll, if not the high honor roll. I loved school, but not that year. In retrospect, I was judged because of where I came from. I came from a predominantly black community with a poor reputation.

Don’t be afraid to push back.

I was moving to attend school in a district that, at the time, probably didn’t like the increase in students of color. It was the beginning of the school year and my teacher questioned me on knowing how to spell my last name in front of the whole class. You’d think she’d see my name on her roster, spelled the same way I was spelling my name. For a third grader, who already felt I was a smart girl, being asked if I knew how to spell my name was humiliating. I answered ‘yes’ and didn’t think any further. I don’t even remember if I told my mother. I was young and vulnerable. Same year, same teacher, and another incident — one day she complained about me using all of her tissues when I had a runny nose at school. She told my mom she needed to provide me with my own supply if I needed to use so much. Now, this was only one day I used the teacher’s supply and my mom had no problems sending me with my own personal pack of tissue. The teacher was mean to my face about it, over her box of tissue. Was it racist? In retrospect, I believe her decision to always point me out for something in the classroom was, but how was I to prove it? I was simply too young to understand how to handle that situation.

As a young black woman, throughout your life you will have an energy that even if you wanted to deny it, you couldn’t. It will intimidate people, place a target on your back, and be the reason for your success. You just have to always recognize you have it. Keep embracing your gifts.

After reading your letter and visualizing how you handled yourself in the heat of the moment, I was engaged in your thinking through this teacher’s use of control and power. You weighed the options and decided this battle was not worth fighting at this specific moment. I commend you for your choice. When you went home to discuss the situation with your parents, you dissected the interaction and called out exactly what you knew was wrong with the picture. It was racist. You were right.

From my experiences, I have learned calling out someone to their face and/or addressing problems in racist situations is necessary. You can’t always do both, but it doesn’t mean a moment of education and awareness can’t happen. In your situation, there was a simple old-school barrier of, “Stay in a child’s place when a teacher is speaking to you.” The call-out happened when you went home and talked it over with your parents. You recognized it. You learned from it and eloquently wrote your story to share with other young women and men as a way to push through racist encounters. It was a win. You called out a racist. 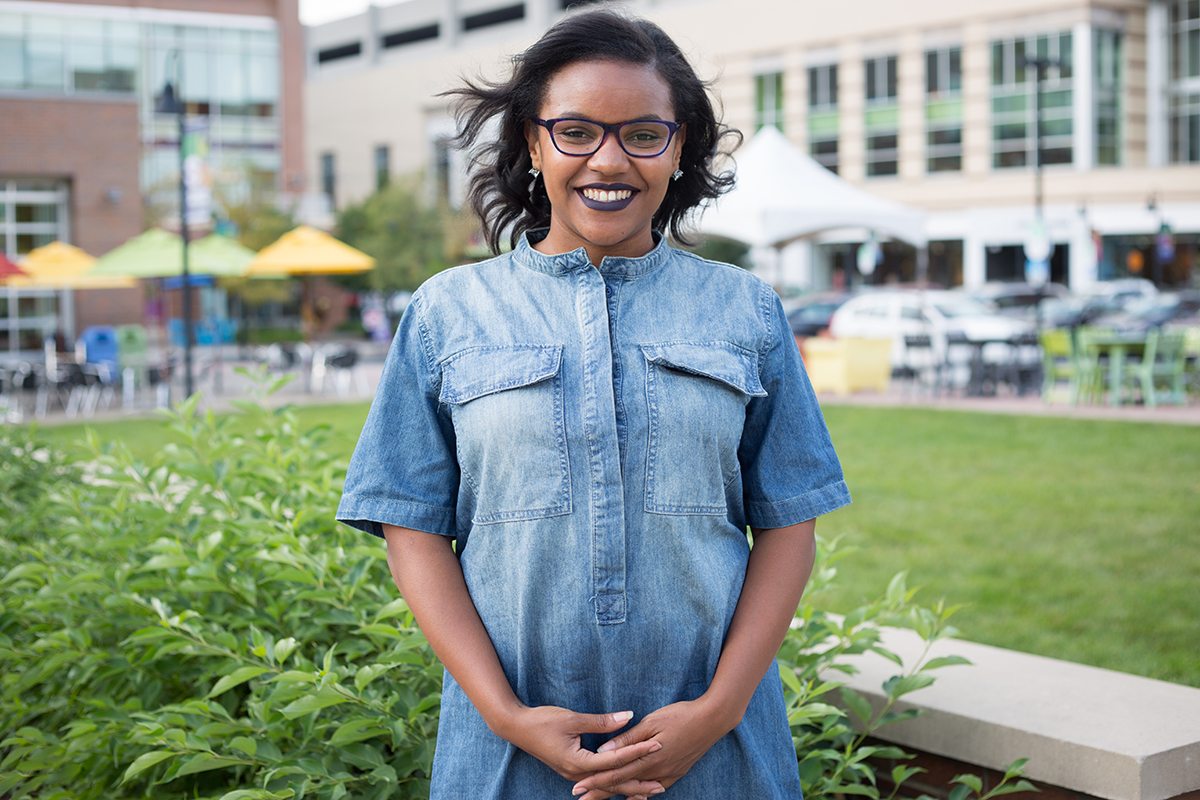 Ashley Comans is a corporate professional who created a blog, Renee Around the Way, in which she shares stories about positive current events in black culture. (Photo by Njaimeh Njie/PublicSource)

I really wish you never had to experience these kinds of situations, but you showed how strong you could be when faced with adversity. Remember, this will not be the last time.

My second situation was during my junior year in college, and this was a blatant example. This experience, like the one earlier in my life, taught me something important, and I’ve carried the lessons learned through life.

It’s my junior year of college; I had a professor who was always a problem in my eyes. A group project to create a video production was on our syllabus and the professor picked students with the top four grades as team captains. In a dodgeball-style team selection, the captains pick classmates one by one. As the options are getting slimmer, the last students left were myself and the other two black students in the class. Team captains began picking students who weren’t present in class before one of our names were called. We weren’t unable to do the task. It was a blatant example that none of us were wanted on any teams. The professor fed into the taunting with his laughter as captains thought of which absent students they wanted on their teams. We sat there. We were the last three selected.

I was so angry I walked out of the class and went to another professor who I trusted, a black woman, the only one in the department. I pushed my issue to the university’s provost office, where I initiated a report against the professor and what happened in class that day. By reporting this incident and others that occurred with this teacher, I believe it prevented his progression at the school and he ultimately left the university the year after I graduated. I’m not sure if that was why he left but my paper trail lasted. I believe my speaking out held the professor accountable and made a difference.

It is not easy or straightforward to prove a situation or someone as racist, but you can utilize resources for documenting questionable actions as you come across them. Don’t be afraid to push back. It’s important for you to be able to call a racist situation what it is so you can move past it and continue to grow. We can’t worry about or question why someone can’t understand why racism is wrong, but you can constantly point it out and determine what you will and will not tolerate in your space.

As a student who will soon become an adult and face even more mountains filled with racism, remember the strength you have to overcome it. Use your mind, words and actions to always show you will not tolerate it. As you go through high school, take this time to build a strong foundation in who you are and what you want to be. Keep your head up.

Ashley R. Comans is a corporate professional who blogs on the side on her own platform, Renee Around the Way, passionately sharing stories about positive current events happening in black culture. She can be reached at: reneearoundtheway@gmail.com, Twitter: @reneearndthewy, Instagram: @ReneeAroundTheWay and Facebook: Renee Around the Way.