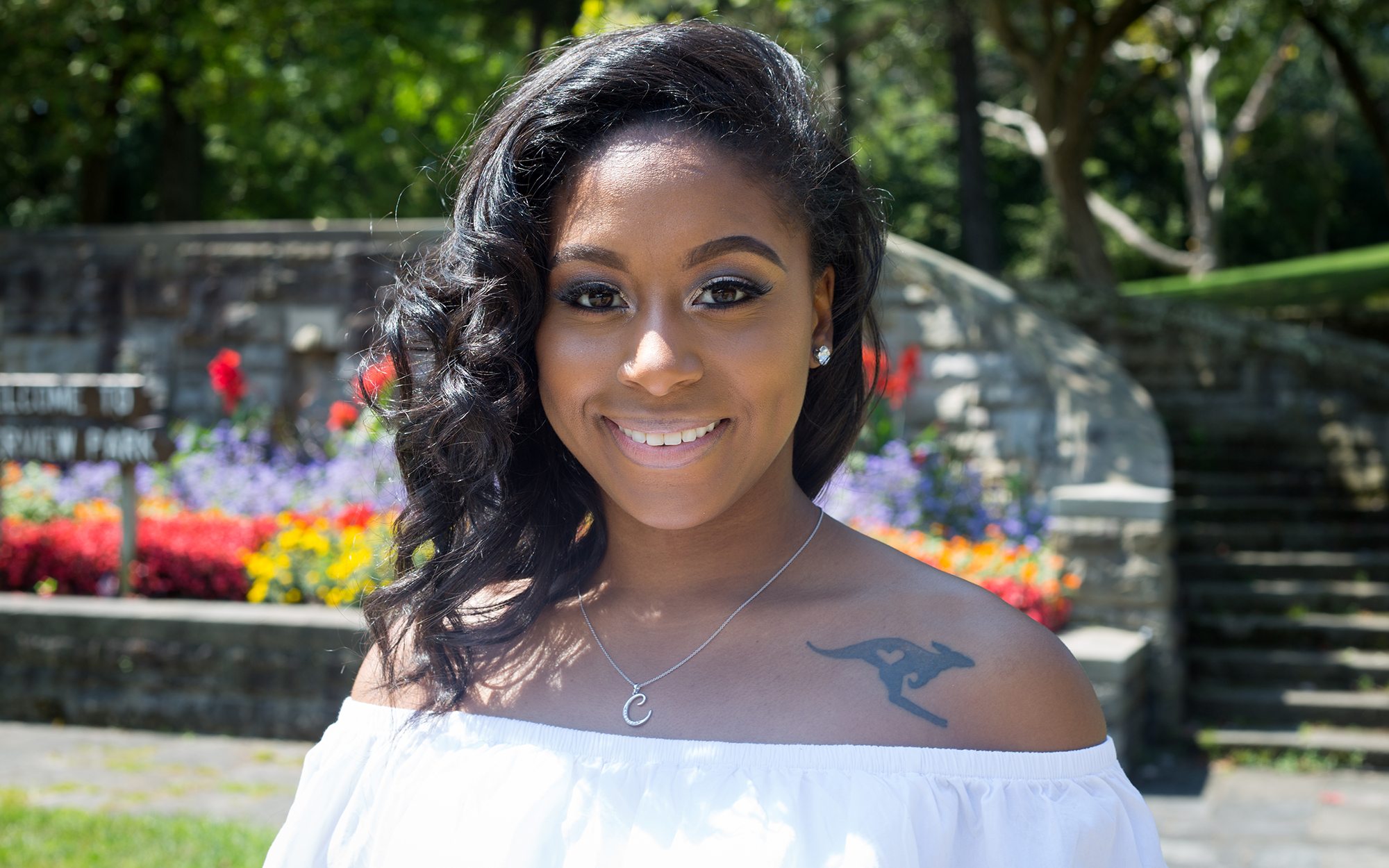 Cydney Cooper, a TV anchor in West Virginia, details a time she was singled out by a police officer in a shoplifting incident on a predominantly white college campus. (Photo by Njaimeh Njie/PublicSource) 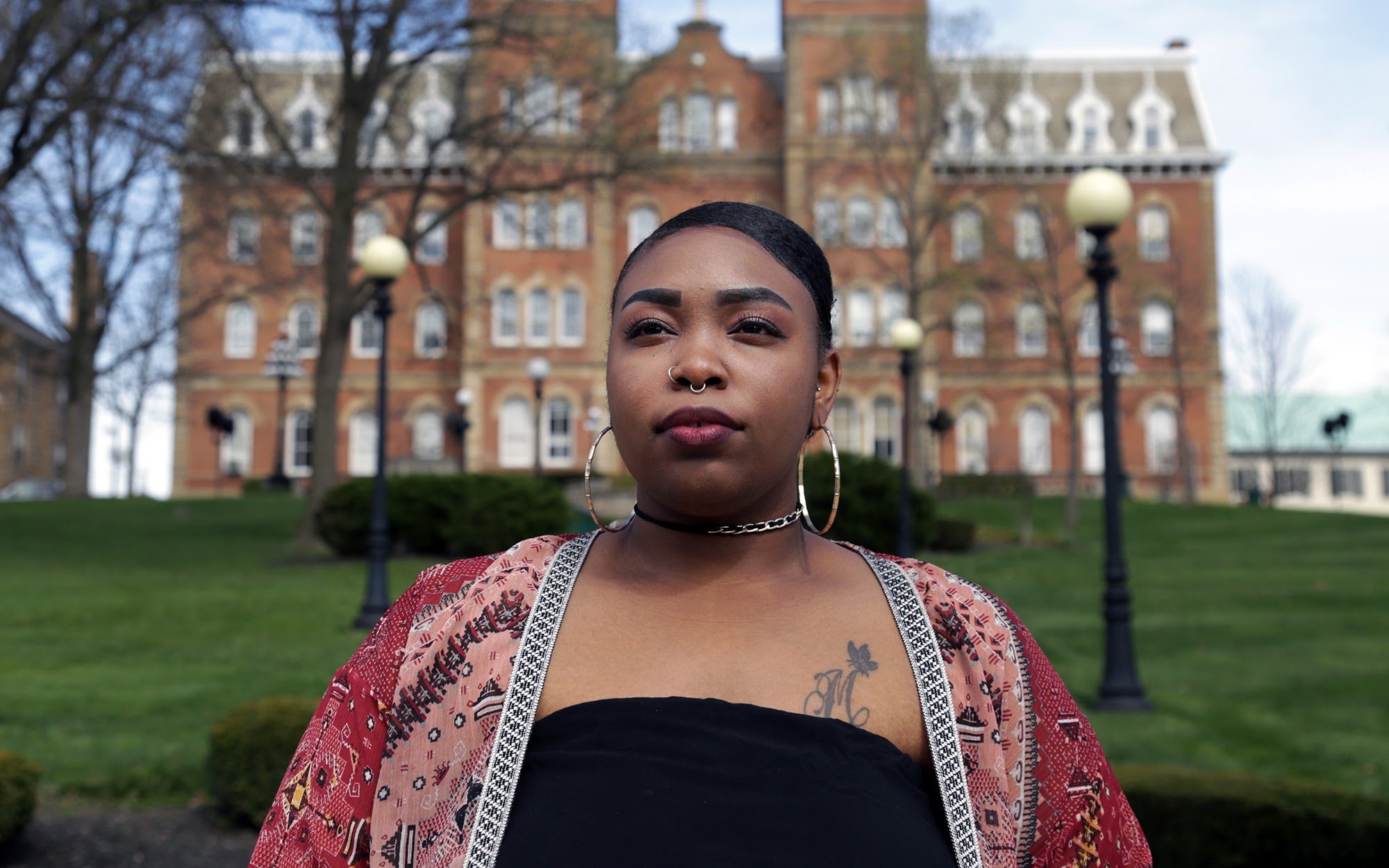 Maia Ervin was a PublicSource intern and a student at Washington & Jefferson College. (Photo by Ryan Loew/PublicSource)

Thank you for sharing your story and speaking out on the issue of racism. It made me think about you and all of the young African-American men and women across the country who have experience much of the same racial insensitivity that you described.

Much like you, I attended a predominantly white university. I began my undergraduate studies at Penn State Altoona and later went on to graduate from the University Park campus. During my time as a student, there were several instances my friends and I had to deal with racism and discrimination.

One memory that still haunts me to this day happened on a warm, spring day in State College. I’d just finished my day of work as a loan counselor at the Pennsylvania Higher Education Assistance Agency [PHEAA]. As I was walking to the bus stop, headphones in my ears, I was snatched from behind. I recall feeling afraid, confused and obviously startled. My initial emotions quickly turned to anger when I saw that it was a police officer who grabbed me. He was completely unwilling to tell me anything other than, “You are part of an investigation.” An investigation into what? I had just left from work!

In addition to being grabbed, I was treated as if I was guilty of a crime I wasn’t even aware of. Soon I learned that some women were stealing from the local Abercrombie store and I “conveniently” matched the description. A.K.A. I was black. Though I tried several times to let the officer know I had just left work, my words fell on deaf ears.

Perhaps most importantly, if you don’t like something, work to change it.

It wasn’t until the white retail worker came and advised I was NOT one of the women she saw stealing that I was let go without even an apology for the mistake the officer made. I was beyond hurt; I was livid. I remember calling my mother and bawling my eyes out as I walked to the bus stop. I couldn’t understand how someone could be so rude, so cruel, so WRONG and not even acknowledge their mistake. I wanted something to be done, but I later learned nothing would be done. Apparently, that was normal procedure.

After my experience, I felt completely helpless and the only thing I could think to do is pray for empathy toward the officer. I didn’t want to hate him. That would make me no better than him. Though I still view this experience as one of the worst during my time in college, I can say I developed empathy for that officer and others like him. I realize that people often base their decision-making off of the knowledge (or lack thereof) they have of a certain subject or matter. That officer knew nothing about me or who I was as a person. Therefore, his actions were not a reflection of me, but rather of his character.

Though it can be hard to look at instances of racism as such, I have found it is something that’s learned. None of us are born racist. To me, it’s a personal choice, and one that says more about the other person. While you can’t change the way a person thinks or feels, I believe you can prove their thoughts and feelings wrong. That can be done by simply being you.

By now, I am sure you are aware that racism doesn’t stop at the college level. It’s literally everywhere and only seems to be getting worse. I want to leave you with a few tips that have helped me.

When I encounter racism, there’s a saying I like to remember: “The way people treat you is a reflection of who they are as a human being. It is not a statement about you.”

Cydney Cooper is a Pittsburgh native and a Young Black Pittsburgh ambassador. She currently serves as the lead anchor of the Daybreak and Midday shows at WDTV Channel 5 News in Bridgeport, West Virginia.